Get a Lawsuit Settlement Loan in just 24 Hours

Involved in a Pending Lawsuit? Here’s why you Should Consider a Staged Settlement Loan

If you’re involved in a pending lawsuit and find yourself stretched financially, a settlement loan is an effective way to ease many of your anxieties until your case is settled.

Time doesn’t stop if you’re involved in a personal injury lawsuit. You still have financial obligations to meet, such as paying your mortgage or rent, putting food on the table, keeping your vehicle on the road or covering medical expenses. If you’re unable to work or earn an income throughout the litigation process, a settlement loan can provide you peace of mind while helping to avoid disastrous financial consequences, such as foreclosure, bankruptcy or eviction.

What is a Staged Settlement Loan?

Unlike lump-sum settlement loans, which give you access to a large sum of money in a one-time deposit, a staged loan deposits funds into your bank account at a pre-decided date over a predetermined period of time, similar to earning a paycheque. At CaseMark Financial, we make deposits for staged-loans on the 1st and 15th days of every month.

Staged loans reduce interest burden compared to lump-sum loan alternatives. In a staged loan, interest is only accrued once the funds are advanced, while interest is charged to the full value of a lump-sum loan from the day it is deposited in the borrower’s bank account.

CaseMark Financial provides flexible loan alternatives, including loans that combine lump-sum and staged options depending on the borrower's needs. Lump-sum settlement loans are also an effective option, but are most useful in situations where you have fallen behind on payments or have debts immediately due. However, some data suggests that those who elect lump-sum loans often find that the funds are spent faster than they expected and in many cases, the initial problems that were to be addressed with the borrowed money continue to cause financial pressure.

Consider the following example: Daniel was involved in a car accident and suffered serious leg injuries. He was unable to work for 16 weeks and his income was limited to disability and unemployment benefits, which weren’t enough to cover his expenses.

Because he was found not to be at fault and the other driver was under the influence of alcohol at the time of the car accident, Daniel sued the driver seeking a monetary settlement. During the litigation process, Daniel sought a staged settlement loan for $10,000, which was spread over four months and provided him with $2,500 per month to cover his expenses.

Daniel was successful in his legal claim and obtained a settlement that covered his legal fees, repaid the loan with interest and left him with $60,000 in his pocket. Thanks to the funding he received from CaseMark, he did not fall behind on his rent or bills and his credit score did not suffer even in the difficult financial circumstances.

Why a Staged Settlement Loan is the Right Option for you

In our example, interest fees would have been much higher had Daniel chosen a lump-sum loan because interest is calculated based on the loan’s total amount. By going with a staged-loan, Daniel paid interest only on the $2,500 he received monthly, saving a significant amount in interest charges.

CaseMark’s staged settlement loans are flexible and offer many options. If you decide this type of loan is best for you, you can rest easy knowing you’ll have the funding you need every month to pay your bills while accruing less interest over the term of your loan.

Waiting on a lawsuit settlement can be a stressful time in your life, but the financial burdens can be limited. There are options available to you that make sure you’re able to cover your financial obligations, while borrowing responsibly.

Are you a plaintiff in a personal injury lawsuit case? If you’re unable to work and need assistance meeting your financial obligations until your lawsuit is resolved, CaseMark Financial can help you. 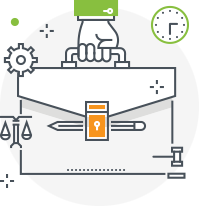